From the Kingdom Hearts Wiki: A world of information not accessible by Gummiship
(Redirected from Nightmare)
Jump to navigationJump to search 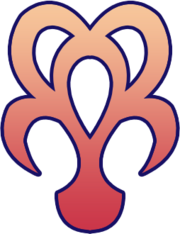 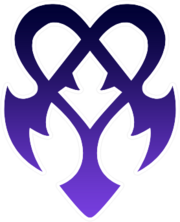 Dream Eaters (ドリームイーター, Dorīmu Ītā?) are creatures that debuted in Kingdom Hearts 3D: Dream Drop Distance. They reside in the Realm of Sleep and consume dreams, as their name implies.

There are two types of Dream Eaters: benevolent Spirits (スピリット, Supiritto?), which feast upon bad dreams, and malevolent Nightmares (ナイトメア, Naitomea?), which plant bad ones.[1] During their Mark of Mastery exam, Sora and Riku recruit Spirit Dream Eater to help them combat the Nightmares plaguing the Sleeping Worlds. 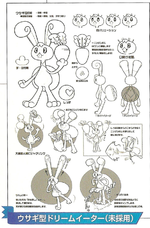 Tetsuya Nomura designed the Meow Wow; the others were designed by other staff members.[2] Several Dream Eater designs were scrapped, but the Queen Buzzerfly was revived as a boss.[3] A lapine Dream Eater concept was planned for inclusion at one point, and is depicted in the Ultimania. It would have fought using carrots plucked from the ground.

During the "age of fairy tales", the Master of Masters creates the first Spirit Dream Eater, the Chirithy, to assist and guide Keyblade wielders in their endeavors. The Master of Masters warns the foretellers that if a Keyblade wielder succumbs to darkness or vanishes, so will the Chirithy. The Chirithy support all five Unions, and though they are not subordinates to the foretellers directly, they work together with them to drive back the darkness.

Chirithy transforms into a Meow Wow.

To combat the nightmares, the new Union leaders create a new type of Spirit Dream Eaters for the Dandelions called Pets.

When the Chirithy and the Player meet for one last time, they are enveloped in light. Waking up, Player sees the remaining Dandelions and their Chirithys, who explain that when a wielder falls into darkness, their respective Chirithy does so as well. However, when a wielder sleeps, the Chirithys take on a new form and protect their wielder's heart by turning into Spirit Dream Eaters that roam the Sleeping Worlds.

Despite Ansem, Seeker of Darkness's defeat, some of the worlds remain asleep. Yen Sid explains they are beyond reach of the Heartless, but they and their Keyholes are instead threatened by Nightmare Dream Eaters. These enemies attack Sora and Riku many times over the course of their Mark of Mastery exam.

In Traverse Town, Sora decides to team up with Spirit Dream Eaters after he sees Neku summon a Necho Cat. Riku makes the same choice after Joshua helps him spawn a Komory Bat.

When Sora and Riku return to Traverse Town, they learn their friends in that world have forsaken their Dream Eaters for their human Game partners. The Keyblade wielders also encounter the Spellican, which wreaks havoc before escaping to Symphony of Sorcery. There, this powerful Nightmare troubles Mickey Mouse until Sora and Riku come to his aid.

In a false version of The World That Never Was, Riku comes face-to-face with Ansem, Seeker of Darkness. The Heartless reveals Riku is a Spirit Dream Eater who spent his entire Mark of Mastery exam inside Sora's dreams.[4] Riku battles Ansem, defeats him, and escapes to the real The World That Never Was. He then locates Sora's Meow Wow and uses the power of his Komory Bat to reach the Castle That Never Was. After an encounter with the real Organization XIII and Sora's successful rescue, Riku returns with King Mickey, Donald, Goofy, and Lea to the Mysterious Tower. To wake Sora, Riku voluntarily uses the Power of waking and plunges back into his friend's dreams and defeats the Armored Ventus Nightmare. Reawakened, Sora watches as Yen Sid names Riku a Keyblade Master. He returns to the sleeping Traverse Town and reunites with his Spirit Dream Eaters.

"Look for the light in the darkness."
—Chirithy gives a hint to Sora on how to save his friends.

Sora and Chirithy in The Final World.

Meow Wow and many other Spirits appear in the Meow Wow Balloon Link Summon.

Chirithy appears in The Final World, where it speaks to Sora and explains what the world is, and how Sora has been there before. It goes on to explain that Sora arrived there due to his heart and body perishing, but something is holding him there on the edge of death and life. It instructs Sora in what he has to do in order to leave before he disappears. Once Sora finds all the pieces of himself, it returns, somewhat annoyed that he is still hanging around. Sora offers to help Chirithy find its pieces so it can leave, but it informs him it does not "work like that".

Like the Unversed, Heartless, and Nobodies, Dream Eaters come in many shapes, sizes, and colors. They resemble real-world animals, and they bear emblems that designate them as either Spirits or Nightmares. While Spirit Dream Eaters are brightly colored, Nightmares are less vibrant. Spirits' eyes depend on their Disposition, while Nightmares' eyes are round, red, and lack pupils.

Characters that become Dream Eaters have emblems on their bodies in accordance with their roles. Riku, a Spirit Dream Eater, has the appropriate sigil on his back. Meanwhile, the Armored Ventus Nightmare has one emblazoned on its helmet.

Dream Eaters exist in the Realm of Sleep, where they consume the dreams and nightmares of its denizens. Nightmare Dream Eaters outnumber Spirits, which Sora and Riku must create by collecting the necessary recipes and Dream Pieces.

Spirit Dream Eaters enjoy affection and love playing with Training Toys. Their Disposition determines their eye color and how they behave during combat, while Paint Guns can be used to alter their body color. Spirits lend their power to Sora and Riku via the Link System, and they can compete against others of their kind in Flick Rush tournaments.