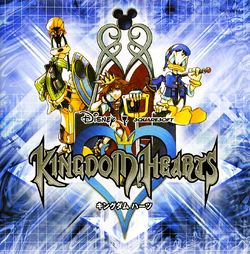 It was first released in Japan on March 27, 2002 by Toshiba-EMI, and was later re-released on November 25, 2002 in Europe, and on March 23, 2003 in the United States by Virgin Records, being the only soundtrack in the Kingdom Hearts series to be released outside of Japan. The two-CD set contains most of the songs from the game, and two bonus songs.