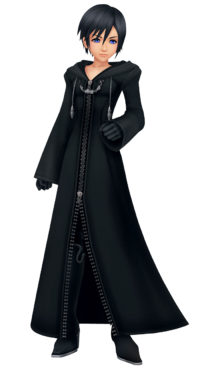 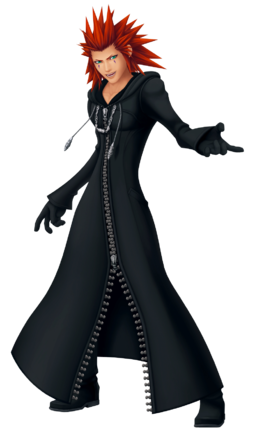 Hey there everyone! Out of all the video games I've played Kingdom Hearts is the best. The Legend of Zelda is second which is closely followed by The Force Unleashed saga and Dissidia 012 Final Fantasy. My favourite movies are the Pirates of the Caribbean, Batman, Iron Man, X-Men and The Lord of the Rings (trilogy and the Hobbit). My favourite TV shows include How I Met Your Mother, Friends Merlin, Bones, Castle and Supernatural. I also like Death Note and Vampire Knight. My favourite bands are Muse, Green Day, Linkin Park, Evanescence, Good Charlotte, Three Days Grace, My Chemical Romance, Simple Plan, Fall Out Boy and AC/DC. I also enjoy reading: my favourite books are the Ranger's Apprentice and Brotherband series, the Hunger Games trilogy and Lemony Snicket's A series of Unfortunate Events. My all time fav character is Roxas, followed by Riku and Ven/Ventus (whatever one you prefer to call him). And just coz I haven't played all the Kingdom Hearts games doesn't mean that I'm not a massive fan. Anyways check out mah page :D

"What are you talking about? I am me. Nobody else!" Roxas

"Got it memorized?" Axel

"If you could save one of them, why would you choose the puppet? Or put it this way ... which would you rather suffer the lose of: some make-believe friendship, or a real one?" Saix

"Let us all welcome one of the Keyblade's chosen" Xemnas

"Two of them you have met. As for the third, I never realised it before, but you and he share a very special connection" Naminé

"Surely, you must have known that this was going to happen?" Zexion

"DiZ... he could feel Sora" "Oh, he told you how he "felt" did he? Ricdiculous. A Nobody cannot feel anything" "If he had met Sora, things might have been different" Riku-Ansem and DiZ

"Heh! You like "kiddo" better? Or maybe you're mad because Poppet got the best nickname?" Xigbar

"Your mind's made up?" "Why did the Keyblade choose me? I have to know" "You can't turn on the Organization! You get on their bad side, and they'll destroy you!" "No one would miss me" "That's not true. I would" Axel and Roxas

"Who are you?" "Someone from the darkness" Sora and Roxas

"Giving up already? I thought you were stronger than that!" Riku

"Riku, please. Tell me more. About Sora and that girl he's always with" "You mean Kairi" "Kairi. That's right. She's the one who looks so much like me" Xion and Riku

"It's my lucky charm. Be sure to bring it back to me!" Kairi

"Just try to keep up!" Riku

"It was you who destroyed your home" Zexion

"Do you always have to stare at me like I just drowned your goldfish?" Xigbar

"When you sailed away in my ship and marooned me on that godforsaken spit of land with naught but a pistol and a single shot, you forgot one very important thing, mate. I'm Captain Jack Sparrow." Jack Sparrow

"Think I'll pass. My heart just wouldn't be in it, you know? Haven't got one" Axel

"You make a good other" Roxas

" It's not who I am underneath, but what I do that defines me" Batman

" Well, depending on the time, he may be in one place or several" The Joker

"When I'm sad, I stop being sad and be awesome instead. True story" Barney Stinson

"I never thought I'd be killing my dear student with this gun. Curse me with your last breath and die...vampire." Toga Yagari

"That's my goal: to fall asleep on stage at the end of a gig" Matt Bellamy

"Why do you ask questions to which you already know the answer?" Magneto 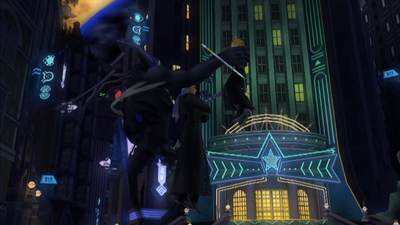 One of my favourite battles

[ ]You are the leader most of the time.
[x]You like black.
[x]You wished/wish you were someone else.
[ ]You don't listen to others.
[ ]You like doing research.

[ ] You have bad eyesight.
[ ] You like throwing things at others when angry.
[χ] You wish you were able to teleport.
[ ] You wear your hair in a ponytail.
[ ] You have/wish you had a gun.

[ ] You are disrespected by the young ones.
[ ] Someone has already considered you a traitor.
[χ] You are the oldest of your group.
[ ] You like experiments.
[ ] You like cold days.

[ ] You are not very talkative.
[ ] You like brain games.
[ ] People are afraid of you because of your appearance.
[ ] You prefer heavy weapons rather than light ones.
[ ] You are very strong, physically speaking.

[ ] You have double-personality issues.
[ ] You are more active during night rather than day.
[χ] You like werewolves.
[ ] Your superior trusts you.
[ ] You have a scar on your face.

[ ] You are somewhat a pyromaniac.
[χ] You care deeply for your best friends.
[ ] You are a two-face when you need to be.
[χ] You don't like when people don't remember your name.
[ ] You have a very fiery personality.

[χ] You love ice cream.
[ ] You are the youngest of your group.
[χ] You think people are hiding something from you.
[χ] You usually have strange dreams involving people you've never met.
[χ] You prefer afternoons rather than nights and mornings.