From the Kingdom Hearts Wiki: A world of information not accessible by Gummiship
< User talk:RoxasXIIILK
Jump to navigationJump to search

Do you have extra pages like talk bubbles and signature pages??? I can make you a bar that can put you directly to the page. Go to the bottom of my user page. See that thing that says ANX219's Subpages??? That is a navagation bar. You can my extra pages there. Just tell me the:

You need to go to sleep earlier![edit]

Have you ever known someone who gets in trouble for reading past their bedtime? I got in trouble last night for it! Im serious! Oh i went to a party last night...it was awesome.--Riku's Love is bored :/ 15:06, December 9, 2010 (UTC) 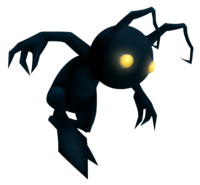 I'm a new user, so I don't have a speech bubble or whatever it's called. Do you think you could make me one? I'd love a Roxas one, because Roxas is my favourite character.

My hair is annoying me now...Its getting to wavy....but i want it long so i gotta find my flat iron!!! Unless my step mom borrowed it again! Im going to disneyland on thursday and wont be back til sunday. My mom gets us christmas eve night, at like 9pm and she gets us for the week!!!!! Miss ya tons bye--Riku's Love is bored :/ 15:09, December 14, 2010 (UTC)

A random kindness has appeared![edit]

It's no big deal really. It's just a cut-out. =P And Ammon was adding the Allies category to characters who didn't fit the description of an ally according to the category page. They were simply characters who did not hinder Sora, Roxas, Ven, Terra, or Aqua in their respective games. Soxxeh 12:12am, December 18, 2010 (UTC)

Hey buddy, you need to archive your talk page again (I can do it if you want). The Template include limit is maxed, hence why my signatures are comingout all wonky. Soxxeh 1:00am, December 18, 2010 (UTC)