From the Kingdom Hearts Wiki: A world of information not accessible by Gummiship
Jump to navigationJump to search
You have new messages (last change). 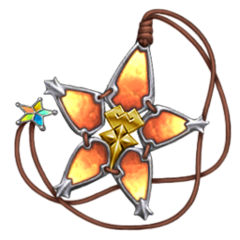 They were watermarked, and using watermarked images is (1) unethical without the source's approval, and (2) just not aesthetically pleasing.Glorious CHAOS! 20:25, April 23, 2010 (UTC)

Sorry, but I'll have to decline on that. I have a lot of stuff going on, and I don't want to take on any more work than I already have. By the way, do you have an example of a storyline for Kingdom's Fantasy? I don't really have anything to go on for making Ansem's.--Lapis ofthe Night 23:09, May 7, 2010 (UTC)

Fair enough. I dont mean joining your group if you dont want me too I just mean maybe doing random things to help.

Thanks for the signature

Just a quick reminder that you can't actually upload fan-made/non KH-related images directly to the wiki, you have to link it from photobucket or some other site.LapisLazuliScarab01:37, May 28, 2010 (UTC)

Sure you can have it! I'm not even sure if KrytenKoro likes it, but whatever. [Ѧüя◎ґ]

All right! Sounds good. I don't mind being Larxene, I was merely being curious. So just find good Larxene lines? I have most the good Re:CoM scenes on this computer as is so I can manage. I am horribly busy though. I mean I leaving for vacation by Saturday. But when I have time I'll do all I can. :D Tread softly, because you tread on my dreams... 23:29, June 14, 2010 (UTC)

You could just check the edit history of whatever page that was added to, and that'll show you who added what.LapisLazuliScarab21:52, June 22, 2010 (UTC)

Hey, You and User:JTD95 are getting extremely close to edit warring on Gaia Bane. If you two keep fighting, you're both gonna land warnings. Just a heads-up. KKD

Now that I check the revision history, you both edited it three times. That counts as an edit war. Sorry to do this, but

That is not an honor. What the heck did you put that on your userpage for? KKD