From the Kingdom Hearts Wiki: A world of information not accessible by Gummiship
< User talk:Auror Andrachome
Jump to navigationJump to search

Some of them are duplicates, some of them simply aren't useful. We generally don't like having image uploads unless they are important to an article - of the three you posted of Saix, one was a duplicate, and two were nearly the same, and furthermore, unimportant to the article. Furthermore, the image galleries at the end shouldn't really be used for scenes, which should be placed in the appropriate part of the story in the article. It's mainly used for different CGI models or control art.

Basically, the point isn't to upload any image you can find of something, the point is to look at an article and say "Do I need a picture to understand what is going on?"

There's also another facet, I guess. If the image is an official KH image, and you're using it specifically for your userpage, I think the rules allow that. If you want to use them for that, go ahead and reupload them (the non-duplicates), and mark them as [[Category:User Images]]. That should be fine.

Sorry if you thought I was harassing you - honestly, I patrol all of the image uploads, and weed out stuff that we don't need. It's nothing personal.Glorious CHAOS! 13:58, February 27, 2010 (UTC)

Still have an unfinished userpage ?[edit]

Well, what exactly would they need to maintain? Its not necessarily a bad idea, but I can't really think of anything that's come up on the forums that an admin's normal powers wouldn't work for.--Lapis ofthe Night 23:54, May 18, 2010 (UTC)

Don't worry about your editcount, what matters is the content of the edits. Just check out what we have left to do at the forum and see whzt you can contribute. LapisLazuliScarab03:57, May 19, 2010 (UTC)

Hello there! I don't believe we've met, but I'm on the IRC at the moment, my nickname is "Dan36".

even though your images have better quality they're both of Riku not Riku Replica, the keyblade that Riku is holding is not used by Repliku--Xabryn 22:20, May 20, 2010 (UTC)

However, if it can be shown that the claimed info is not backed up, it should be removed completely. The citation the guy claimed for Master Eraqus, for example, was fraudulent, and so should be deleted outright.Glorious CHAOS! 23:00, May 22, 2010 (UTC)

You may not have seen it, but part of the MoS is to not have redundant images on the main articles. However, they can be placed in the gallery pages.Glorious CHAOS! 18:59, May 22, 2010 (UTC)

None of those images were distinct from the images already there. For example, we have one image of Sora from KH2, and we have his different forms and costumes - all of these images depict entirely separate things. However, if we had the official artwork of his Standard Form, or a CGI of it in different poses, those would be redundant. Such images can go on the Gallery pages (ex. "Gallery:Sora"), but they clutter up the main article, which is why they were removed the first time.Glorious CHAOS! 06:06, May 23, 2010 (UTC)

well let see if your right![edit]

I still don't get it. Technically every character get's the world's keyblade after completing it. So also Ventus and Aqua both receive their Mark of Hero keychain at the Olympus Coliseum.
Chronological it's Ven who get's the keyblade first, so I don't know why you're insisting it's only Terra who gets it.
At the moment only the picture of Terra's keyblade is shown, because it has not yet been deceided how the three different pictures can be incorporated in the artcile without to much repetition. --ShardofTruth 12:28, May 28, 2010 (UTC)

Hey- um, AA, can you revert your signature to what it was? If you look at all the talk pages, at least in my browser, the text below the sig gets huge. If you look under your message on my talk page, you should *hopefully* see what I mean. The Inexistent 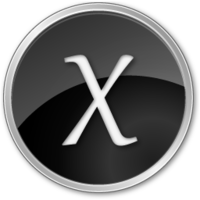 The sandbox is not a place for fanon, and neither is the image database. Your fanon content has been deleted, please do not re-add it. If you wish to add fanon content to our affiliate, the Kingdom Hearts Fanon Wiki, do so there. Thanks! --DTN

The Kairi one, is that an official stock image? If not, could you replace it with such an image?

How can you tell of the Unversed's emotions by there eyes? Can you tell us? User:Edgeshadow

Just curious, where did you see that the etymology sections are to be combined with design? KRCCFNF is tired of being STEPPED ON.