Like, Is Any of This for Real or Not? 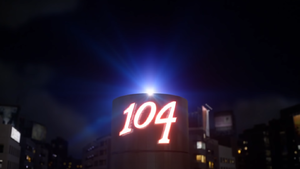 A bright beam of light about to engulf Quadratum.

"I've Been Having These Weird Thoughts Lately" and "Like, Is Any of This for Real or Not?" are the secret endings of Kingdom Hearts III Re Mind. The latter is considered the "true ending" and ends with the phase "An Oath to Return", while the former is considered the "bad ending".[1] The condition to unlock either ending depends on the outcome of Sora's battle with Yozora in the Secret Episode of Kingdom Hearts III Re Mind.

I've Been Having These Weird Thoughts Lately[edit]

Like, Is Any of This for Real or Not?[edit]

If Sora wins the battle, Yozora stumbles backwards and begins to fade away into light. He muses that his powers aren't needed yet, but when Sora is confused, Yozora simply tells him not to mind before fading away, with a slight smile on his face. A bright beam of light engulfs Quadratum and sends Sora back into the Final World.

Meanwhile, Yozora is woken up in a car by his driver, who calls him "commander" and asks him if "it" is impressive. As Yozora looks outside the passenger window and reflects silently, he and Sora wonder if their fight was real or not before Sora then states that none of this makes any sense to him.

An Oath to Return