From the Kingdom Hearts Wiki: A world of information not accessible by Gummiship
< User:Erry‎ | Re:coded Walkthrough
Jump to navigationJump to search 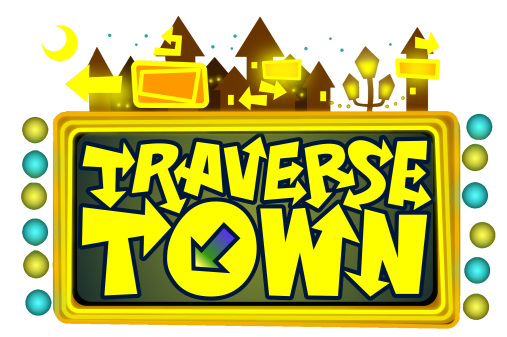 Save near the Moogle and then speak to the Moogle. Purchase Round Blitz and equip it, unless you'd like to save up money for another command. Now break any Blocks you can reach and go to the Second District.

What you'll want to do here is to go all the way to the far right corner of the area, where the Dalmatians home is, but before we do that we'll save. Now, go to the far right and you'll find Huey, but first you need to defeat Heartless to reach him. Once you defeat the Shadows, you'll get Fire. During the cutscene a Large Body Heartless will appear, defeat it along with Shadows and then another Large Body, after that you'll have a cutscene again. Huey gives you something, but neither I nor Sora are quite sure what it is. So anyways, go to the Alleyway.

Now that you're in the Alleyway, you'll need to go to the far right area, climb up and get to the balconies on the side of the building, because that's where Dewey is. Make your way through by breaking Blox and attacking Heartless, talk to Dewey and he'll give you Thunder. Then you'll both have to go to the Second District. Don't forget to save as well.

During the cutscene Heartless will appear, defeat them. After the cutscene you'll see that blocks are being "sucked" into the ground, go to that same spot and interact with the ground as that is the Backdoor. In this Backdoor, it is a mini-boss, the "snake"-like Blox enemy which is built up on various Blox. Follow it, but beware when it becomes Damage Blox as they will damage you. Attack only when the blocks are red circuity, not when they are purple circuitry, not when they are metal circuitry or when they are Damage Blox.

After getting out of the Backdoor, Dewey will give you another "Shiny thing", after the cutscene save and then go to the first district.

Now go talk to Cid to give Dewey over. After the cutscene, Cid gives you the Speed Combo finisher. Go back to the Second District... WHAT?! The door's not there. Now comes the debugging, go to the door that leads to the Synthesis shop, and that's where the Backdoor is.

Go in and fight all Heartless, Blue ones are okay, Yellow are worse and the red ones are the worst. Defeat them as quick as you can and exit the Backdoor, then proceed to the Second District. Go through the first alleyway to your right and through the door at the very end.

Now we have a Backdoor, it's the world exit. After the Backdoor, go see Cid, then go to the Second District.

OH MY GOD, the Second District is totally bugged. Walk over to the Dalmatian's Home, it's distorted. Debug time, it's the hotel door closest to the Dalmatian's Home. Get in and deal with the bugged Heartless. After exiting, the building will repair itself. Talk to Louie at the top of the building and you'll get Blizzard. Get back to the First District and then it's time for the side-scrolling and the boss.

Fight your way through the 3 stages, however stage 3 is the prelude to the boss battle.

Make sure to utilize the lone command that you have, but only use it when needed, otherwise you only have Attack to use.

Avoid it when it jumps and when it sends out its hands, be also aware of the mega-laser it shoots out from its body, because it is very damaging.

Wait for the scores and then proceed to the next world.