The Sticker Album is a section of the Trinity Archives in the North American, European, and Final Mix versions of Kingdom Hearts Birth by Sleep that serves as a mini-game. It contains the character's collection of Crown Stickers, collectible items which appear as two-dimensional, golden crowns, outside of the album, and are usually placed somewhere difficult for the character to reach. Within the album, they are revealed to depict various characters and props from Disney Town. Each character has a unique backdrop within their Sticker Album depicting a scene from Disney Town, and points are awarded for placing the stickers upon them. A minimum of five points is awarded for placing the sticker, but seven points can be obtained if the sticker is placed within the "correct" region. In Kingdom Hearts Birth by Sleep, the character will receive rewards for the points they obtain in twenty-point increments, up to one hundred points. In Kingdom Hearts Birth by Sleep Final Mix, the points for obtaining rewards was changed, and the character can now obtain up to one hundred and forty points. 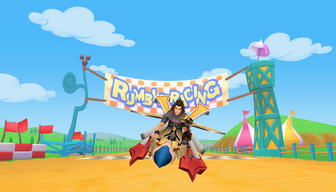 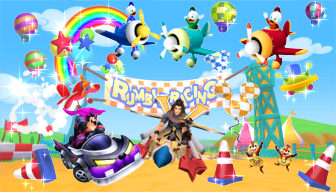 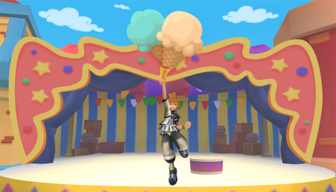 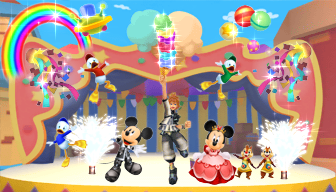 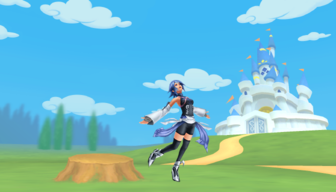 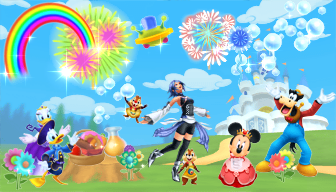