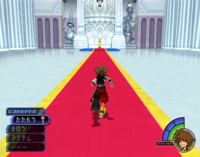 In the process of developing a video game, many ideas are discarded as unworkable for one reason or another. However, if the idea makes it far enough into the development process, aspects of it can be still be found within the code of the released games, or it may show up in trailers or interviews with the developers.

Recently featured: Another side, Another story... - 100 Acre Wood - Kingdom Hearts Birth by Sleep