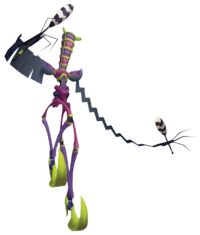 Hello everyone, I'm ZBroadcast! I'm usually able to help with images, especially of enemies. Fan of the Classic Walt Disney cartoons with Donald Duck being my favorite. Sora for Smash Bros!

I feel like people don't give Yen Sid enough credit in Kingdom Hearts. He trained Mickey to wield a Keyblade and gave him that "warp-gem-thing" that ultimately saved Aqua and Ven in Birth by Sleep. He and the Fairies gave Sora his new powers in KH2 and informed him of his mission against the Nobodies. He gained Sora and Riku access to the Sleeping Worlds allowing the two to free them. Then he gave Sora MORE powers and helped give protective clothes to Riku and Mick' when they traveled to the Realm of Darkness. Trained Lea and Kairi. And finally protected them against an ocean of Heartless! He's old yet he's trying his very best to help!